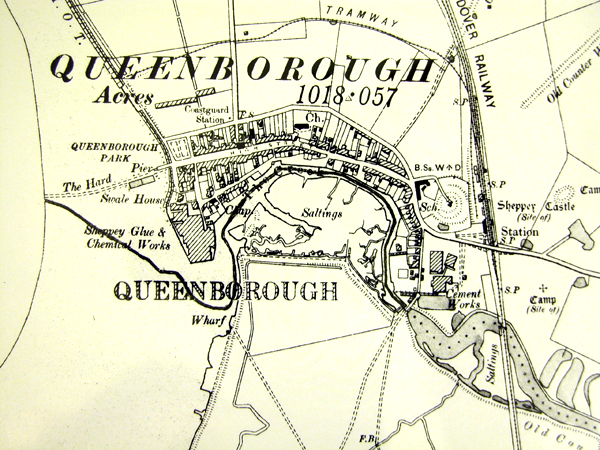 Started in the early 1860s by Alfred Castle as Castle’s Queenborough Cement Works. The works were sited at the head of Queenborough Creek, making them accessible by road, river, and later rail.

By 1880 the works were known as Queenborough Cement Works and consisted of a cooper’s shop, small bagging shed, together with four beehive kilns, sometimes producing 400 tons a week, and a grinding mill.

In 1897, Chalk Wharf was built for the cement company.

The barges were used to transport the cement to London and beyond.

From the 1890s there was a narrow gauge works railway.

The works were demolished during the 1914-18 war to provide hardcore for the war department, which was used for roads being constructed on the island.

The Castles also ran thousands of tons of flint and chalk to Sheppey to help build up the railway embankment for the extension of the London, Chatham and Dover Railway to Queenborough in 1860. 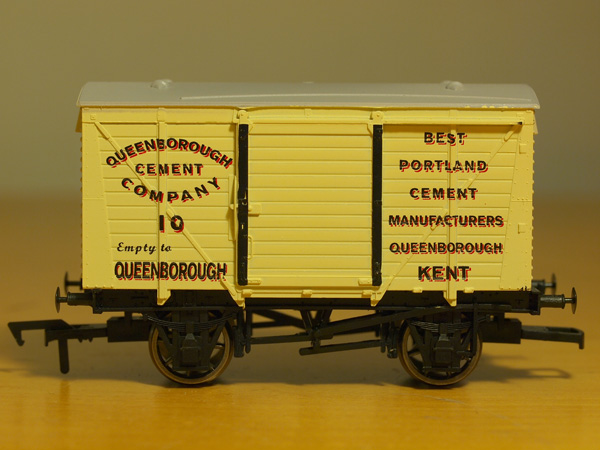 In the 1860s Alfred Castle used to moor his barges at Sharp’s Green Bay to collect chalk from Twydall chalk pit. The chalk was transported by a fleet of barges owned by Alfred and his brother James, back to their two cement works at Queenborough.

The chalk was taken to the barges on a track that led from the quarry to Sharp’s Green Bay, but the loading could only be done at low tide – so Castle built a wooden jetty further down the channel allowing loading to be undertaken at all states of tide.

To improve the speed of loading, Castle also built a narrow gauge horse-drawn railway from the quarry to the new wooden jetty, with side tipping railway carts used to allow the barges to be loaded quickly.