Research into the coal depot that once existed at Cheyney Rock, Sheerness. The site is now used by the Isle Of Sheppey Sailing Club (IOSSC) for its clubhouse and boat parking area.

The origins of the pier:

It appears a pier at Cheyney Rock was first constructed by William Alston, Lord of the Manor of Minster, by permission of this statute from 1803 (Local and Personal Act, 43 George III, c. lxxxix):

The pier appears on the earliest OS maps (as illustrated by this one from 1869):

A decision to build a pier here must have been due to the excellent tidal access at this point – geographically the best of any point on the island’s north shore (and currently the site of a slipway constructed by the IOSSC in the 1960s). The slightly unusual orientation of the pier actually coincides with the prevailing south westerly wind direction (the next most prevalent being north easterly), and was undoubtedly chosen to make it easier to bring vessels alongside ‘head to wind’.

From the statute, it appears the purpose of the pier was initially for removing gravel, stones, ballast & other materials from the beach. It was probably also used by boats involved with the oyster fishery business (also established by the Alston family).

An impression of what the pier may have looked like, with the oyster fishery HQ ‘Cheyney House’ to the left

The origins of the Cheyney Rock Coal Depot

The origins of the coal depot are unclear, but it appears to have been setup by either William Alston, or his son David Thomas Alston. The will of D. T. Alston, dated 1 April 1857, held by the National Archives is filed as ‘Oyster and Coal Merchant of Cheyney Rock in the Island of Sheppey, Kent’.

A law case from 1861 discussing the road from Sheerness to Minster also says “and that carts also came to Cheyney Rock to get coals”.

1875: 9th December, at a meeting of the Sheerness Cooperative Society: “directions were unanimously given to enter upon the coal business forthwith. In accordance with this instruction, the vacant yard rear of 43, High Street, Blue Town, was utilised for this purpose, and the first cargo of coals was purchased from the Coal Co-operative Society, London, and quickly sold out; other cargoes followed and a stock maintained. This temporary arrangement was found totally inadequate to meet the increasing demand for coal, and to permanently establish the society as coal merchants of a first rank, attention was directed to the purchase of the well-known Cheyney Rock Coal Depot.”1

The “Adolphe and Laura” of Rye was purchased for a total of £650. Alterations were made to render this vessel more suitable for the society’s purpose, at a cost of £300 16s 1. The ship was a brigantine (a vessel with two masts, only the forward of which is square rigged). 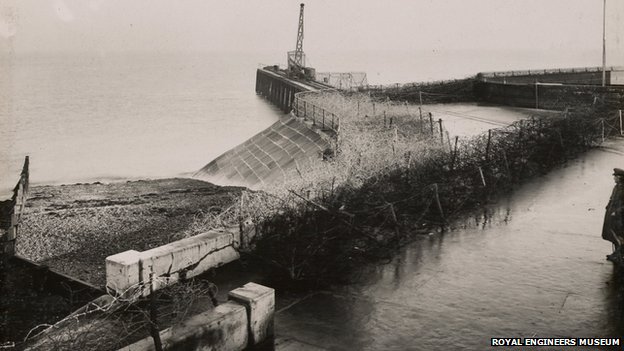 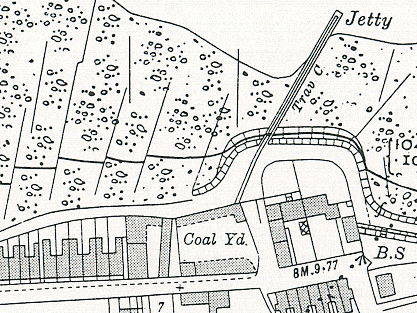 A 1933 plan of the coal yard & jetty. The jetty incorporated a travelling crane (‘Trav C’).

1939/40: The pier was intentionally partly destroyed to prevent enemy use in WWII. 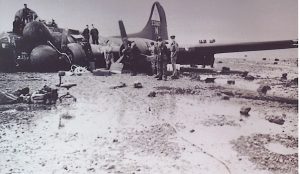 erican Flying Fortress crash landed into the sea off the coal pier. More info on this website. 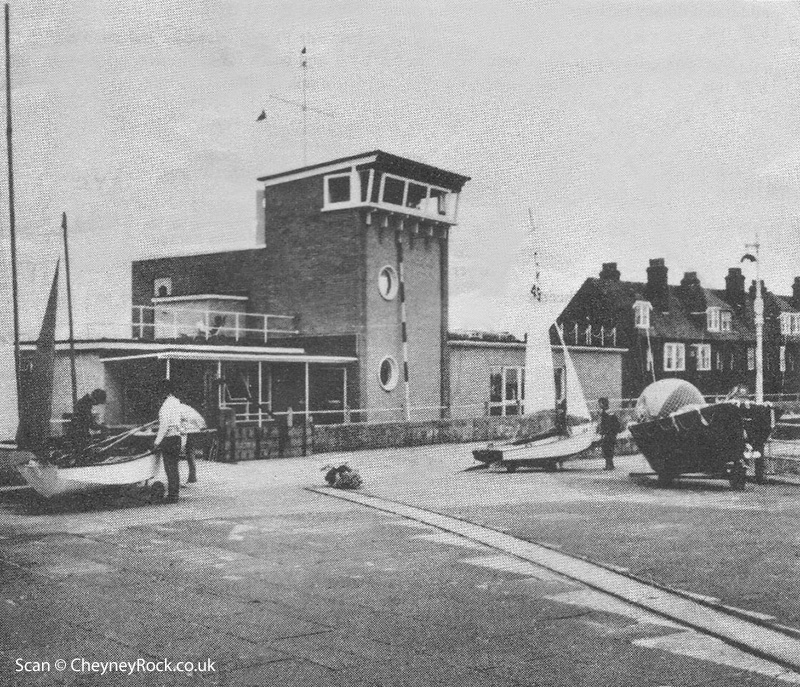 1960/70s view of the sailing club before the new seawall was constructed. The railway tracks for the travelling crane that operated out onto the coal pier can be clearly seen in the foreground. 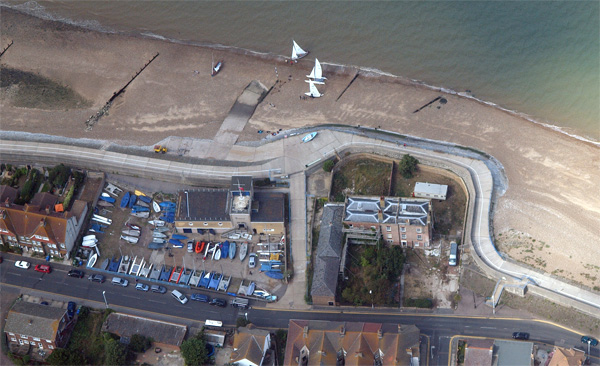 An aerial shot of the site in 2009, now occupied by the IOSSC. Cheyney House can be seen to the right. Photo (c) J. Bell.